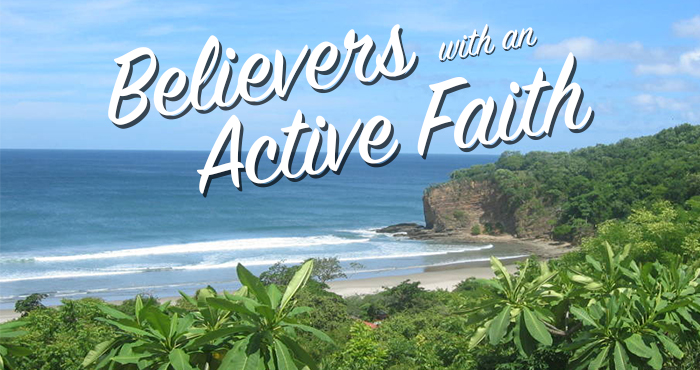 We had the privilege of having a very special guest speaker this past Sunday, German Garcia, President of the Nicaraguan BIC Church.

A number of years ago we started a strategic initiative at Westheights called “living glocally,” a challenge for us to reach out to our local neighbourhood but also to reach out to the global church. We chose the country of Nicaragua as our global church. We have sent several short-term teams to Nicaragua who made wonderful friends while helping out with local children’s programs and building churches and a training centre.

With the help of Trevor Main as translator, President Garcia delivered an encouraging message, Believers With An Active Faith, drawing from the text in Mark 2:1-5:

A few days later, Jesus entered Capernaum again. The people heard that he had come home. So many people gathered that there was no room left. There was not even room outside the door. And Jesus preached the word to them. Four of those who came were carrying a man who could not walk. But they could not get him close to Jesus because of the crowd. So they made a hole by digging through the roof above Jesus. Then they lowered the man through it on a mat. Jesus saw their faith. So he said to the man, “Son, your sins are forgiven.”

In order to be effective and grow as a church, we need three things:

Mark 2:1-5 is a story of a sick person suffering severe illness but it’s also an illustration of how the church should be in some of the circumstances it finds itself. It demonstrates the kinds of qualities we should have as believers with an active faith.

The job of doing the miracle is up to God. We are unable to change some situations but we can walk alongside people during those moments, but at the end of the day it is the Lord who will perform the miracle.

Behind the actions of these four people was the ability to think in solutions and see beyond the problems. What was the solution for them? Bring the sick person to Jesus. We are called to participate in the miracle because we realize that God whom we believe is powerful enough to accompany us in our work.