On our 4th Sunday of Living Red, Devon Wagler’s message was titled “Sight to the Blind.”

Sight to the Blind

The Spirit of the Lord is on me, because he has anointed me to proclaim good news to the poor. He has sent me to proclaim freedom for the prisoners and recovery of sight for the blind, to set the oppressed free, to proclaim the year of the Lord’s favour.” Luke 4:18-19 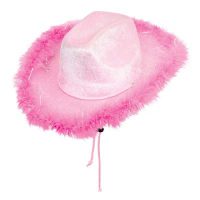 In order to make a difference, we must believe…

As he went along, he saw a man blind from birth. His disciples asked him, “Rabbi, who sinned, this man or his parents, that he was born blind?” “Neither this man nor his parents sinned,” said Jesus, “but this happened so that the works of God might be displayed in him. John 9:1-3

2. It’s our responsibility to help.

They brought to the Pharisees the man who had been blind. Now the day on which Jesus had made the mud and opened the man’s eyes was a Sabbath. Therefore the Pharisees also asked him how he had received his sight. “He put mud on my eyes,” the man replied, “and I washed, and now I see.” Some of the Pharisees said, “This man is not from God, for he does not keep the Sabbath.” But others asked, “How can a sinner perform such signs?” So they were divided. John 9:13-16

The man answered, “Now that is remarkable! You don’t know where he comes from, yet he opened my eyes. We know that God does not listen to sinners. He listens to the godly person who does his will. Nobody has ever heard of opening the eyes of a man born blind. If this man were not from God, he could do nothing.” John 9:30-33