Bible in the British Museum 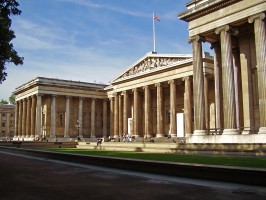 Some people may question the importance of this investigation. After all, the Bible never claims to be an historical book. Yet, the Bible does deal with historical material; such as peoples, places, and events.

It is on this level that we can investigate it, corroborating those areas which touch history.

Why should we employ a historical critique on the Bible? Historical criticism employs neutral criteria for its investigation, using artefacts, documents, and manuscripts. This physical evidence can be investigated by anyone willing to research. It is such an investigation which stands against biases, one which both sceptics and historians can and do accept.

This (virtual) tour will show that when the Bible talks about history (i.e. peoples, places, and events), it can be examined to see whether those things existed or happened, using neutral, accessible, historical data at our disposal- archaeological artefacts in the British museum2 . Once the Bible passes that historical test, we can then look at the other claims it makes and have greater confidence in those claims.

Any book which contends to be from God, i.e. the book of Mormons, the Bhagavad-Gita, the Upanishads, the Vedas, the Grant Sahib, or the Qur’an, must first pass such a test if they are going to be trusted by the sceptics.