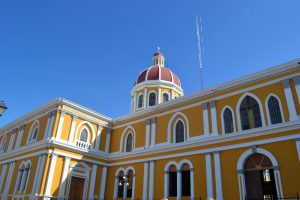 Greetings, from Todd! Since we are at the end of the first week I wanted to write the blog post for today (Sunday, Feb 9, 2014). We had the weekend off and I hoped that the troops would have an opportunity to get rejuvenated for the second week of activities. Roy wrote about our trip to Granada. Granada is a beautiful old city and we enjoyed visiting the market, downtown area and the Cathedral of Granada. It was a great day but with a full work of week ahead of us at the San Antonio Sur I was hoping that Sunday could be an even more restful and relaxing day than our trip to Granada. Thankfully we found just the solution. 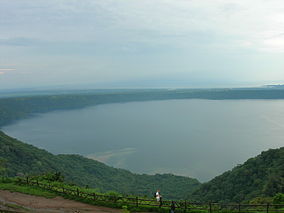 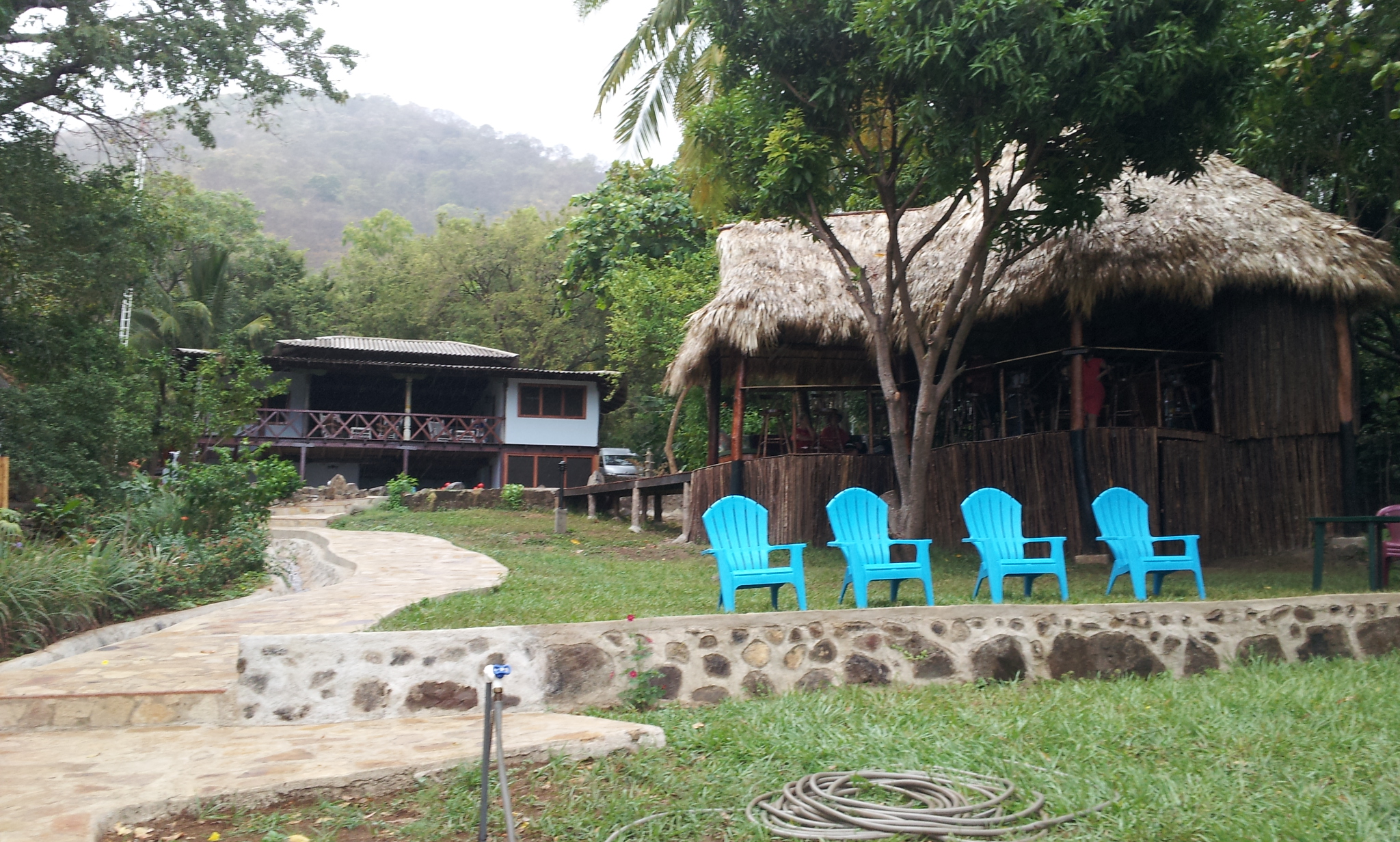 On Sunday we were able to visit to Apoyo Lagoon National Reserve. We left early in the morning since the BIC church here in Masaya does not have church services on Sunday morning. Lake Apoyo is an absolutely beautiful crater lake. We started by visiting a small quaint town called Catarina. At Catarina there is an awesome look out point where you could see over the entire lake of Apoyo with Lake Nicaragua and Granda in the distant background (see photo on left). We walked around Catarina and a number of people purchased souvenirs and enjoyed the breathtaking beauty of the park. We then drove down to the lake front in search of a place to spend the day swimming. For a small fee we were able to spend the day at Laguna Beach Club. Laguna Beach Club is a new resort having only been opened two weeks so everything was brand new. It was an absolutely beautiful resort and could not have been a better place to spend a day of rest. We had our lunch there and spent the day swimming, kayaking, playing ping pong and bocce ball. Of course a few card games were played as well. It was exactly what we all needed and I believe everyone had an amazing time.

Sitting on a raft in the lake, Trevor Main and I had a conversation in which he said, if earth can be this beautiful, imagine what heaven will be like. I could not have agreed more.

We had a late dinner in Masaya and walked around the park before heading back to the hotel and another card game before bed.

It was by far the most restful day of the trip and I am hoping that everyone should be ready for a week of hard work at the worksite and the kids program.

Keep praying for us. Pray that no one gets injured, that no one picks up a stomach bug, and that no one over heats due to the really warm temperatures at the worksite. Pray that the children will be blessed by the stories and messages of the good news of the gospel as shared by Brooklyn and Melanie.