What Are You Reading This Summer? Everyone is invited to join in the BIC Summer Book Club. We’re reading the newly released, “Nonviolent Action: What Christian Ethics Demands but Most Christians Have Never Really Tried,” by Ronald Sider. It’s simple: buy the book, start reading either on your own or with a group of people, and if you’d like, follow the online book club at facebook.com/biccanadabookclub.

From the Back Cover:

Testing the Possibilities of Nonviolence

“Every once in a while a book substantially changes the conversation, and even the posture, of the church. What Ron Sider’s Rich Christians in An Age of Hunger did to change how Christians think about poverty, Nonviolent Action promises to do for how we think about war. It is not just for pacifists. It is for skeptics, war hawks, liberals, and conservatives.”
–Shane Claiborne, author, activist, and founding partner of The Simple Way

“When Ron Sider talks, I listen. When he writes, I read. Whether or not one is a pacifist–I am not–one has something to learn about the power of nonviolent protest and resistance from Dr. Sider’s careful and thoughtful study of successful nonviolent movements against tyranny and oppression.”
–Robert P. George, Princeton University

“This wise, balanced, and inspiring book is a richly instructive guide for all who have pledged their allegiance to the Savior who is also the Prince of Peace.”
–Richard Mouw, Fuller Theological Seminary (from the foreword)

“Gandhi and King are not anomalies. Ron Sider shows that these outstanding witnesses to nonviolence are part of a long and often-successful tradition. I hope this book of case studies inspires more people to seek the knowledge and training that Christian action for justice requires.”
–David Neff, speaker, writer, and former editor-in-chief of Christianity Today 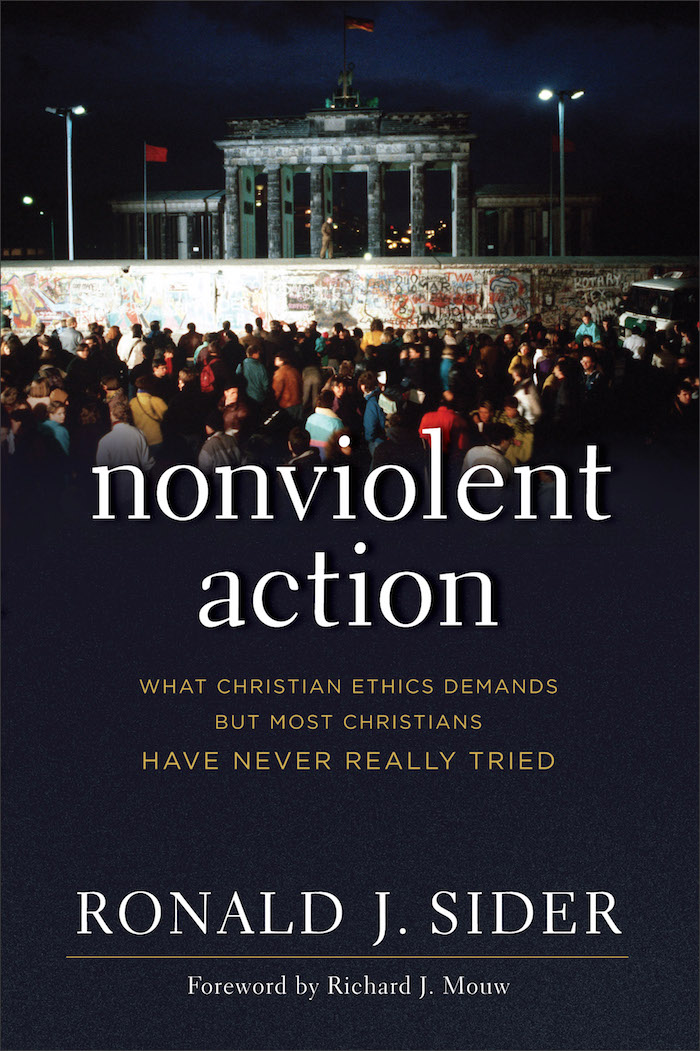