Our Condolences to Carmel Jennings The Westheights Church family sends its condolences to Carmel Jennings and her family on the passing of Carmel’s father, Grant Siegel, on Wednesday, April 27th. May God be a comfort to the family. 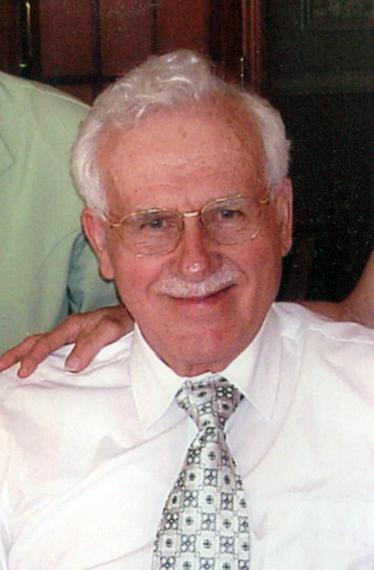 Grant passed away peacefully, surrounded by his loving family, at the St. Joseph’s Lifecare Centre (Brantford) after a long battle with Alzheimer’s on Wednesday, April 27th, 2016 at the age of 84.

Friends are invited to share their memories of Grant with his family during visitation at Beckett-Glaves Family Funeral Centre, 88 Brant Ave., Brantford, Ontario, on Sunday, May 1st, 2016 from 3 – 5 p.m. A Funeral Service will be held in the chapel on Monday, May 2nd at 10 a.m. Rev. Randy MacKenzie officiating. Interment Oakhill Cemetery. As an expression of sympathy, donations to the Alzheimer Society of Ontario or a charity of your choice would be appreciated.

The family would like to express a special “Thanks” to the Canary Path nursing staff at St. Joseph’s for their caring and thoughtful ways in which they helped Dad. A tree will be planted in memory of Grant in the Beckett-Glaves Memorial Forest.