Randy Stonehill in Concert at Westheights on July 29 CONCERT DATE: SUNDAY, JULY 29TH – For many people, music provides a soundtrack for much of their lives, and Randy Stonehill was part of that for me, especially during the late 1970’s and most of the ’80’s. This is likely also true for many believers who listened to Christian music during that era, as Randy is considered one of the pioneers of that genre. However, he has continued to make music since those early days, releasing  over 20 albums and still touring extensively around North America.

So it was a wonderful thing, several years ago now, that I was able to contact Randy when he was in Toronto and he was looking for a chance to play nearby. He came to Kitchener and did a house concert at my place for over 25 people on 3 days notice (Mimi wrote about it here). Then 5 years ago we hosted him at Westheights for a concert that included opener Jay Calder and were able to gather about 70 people on 2 weeks notice. I was recently contacted again by Randy’s wife Leslie about the possibility of doing another concert here on July 29th. So I’m excited that Westheights has chosen to sponsor this upcoming event, and I’m even more excited that we can have a bit more time to get the word out about the concert.

To people of a certain age, Randy holds a special place in their hearts (at the concert 5 years ago some people brought along old vinyl records for him to sign), but his music speaks to all generations. He writes high quality songs that are filled with beauty (classics like King of Hearts or Rachel Delevoryas), truth (such as Keep Me Runnin’ and Stand Like Steel) and humour (check out American Fast Food or Cosmetic Fixation). Randy is an excellent guitarist and communicator, with a heart eager to share the good news of Jesus. 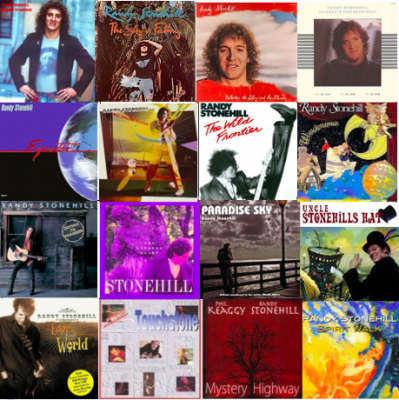 Having a number of weeks to prepare for this event has allowed me the opportunity to begin listening through my extensive collection of Randy Stonehill music. It’s been wonderful to revisit some of the old favourite songs, along with more recent material. Quite a bit of Randy’s music is available on Spotify – I’d recommend beginning with Our Recollections (a collection of some popular songs) or Return to Paradise for those unfamiliar with his music. Or if you’d like to borrow a CD (apparently even that is now older technology!) from me, please just ask.

Local instrumental guitarist extraordinaire, Jay Calder, will again be opening this concert. He has released two CDs, and has played with a wide variety of musicians, most recently with Phil Keaggy. Check out an amazing medley that Jay performed at the Canadian Guitar Festival last year (click here).

Tickets will be available on most upcoming Sunday mornings, by calling the church (519-741-1986) or by emailing me (terrykreutzkamp@westheights.org). They are also being sold at The Gospel Lighthouse (which is now in Frederick Street Mall, 385 Frederick Street Kitchener). Each ticket is $18 but if you buy 3 or more you only pay $15 each.

I would really appreciate your help in getting the word out about this concert, as I know it’s going to be a great night. This can be as simple as clicking that you’re interested in (or going to) the event on the Westheights facebook page (here) or, even better, sharing the event or inviting friends (on facebook or even in person!)