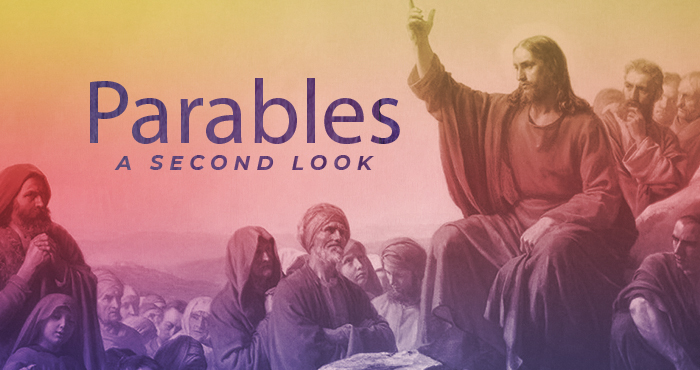 Most of us are fairly familiar with the parables of the Bible but what did Jesus really want us to learn from them? We had the privilege of hearing from Terry Wiens this morning, who helped us understand how to interpret parables responsibly. Terry Wiens has been attending Westheights Church for almost two decades. He has a Bachelor’s Degree in Religious studies. Terry works in the financial sector, enjoys technology and continues to study theology in his spare time. He has been married to his wife Jenn for 20 years and together they have three children: Katie, Emylea and Griffin.

WHAT IS A PARABLE?

1. A parable is a short story that illustrates a truth

2. Jesus told stories that he intended his follower to understand

1. Focus on the main character

2. Focus on what people say

4. Avoid getting lost in the details

Matthew 13:31-32 NLT Here is another illustration Jesus used: “The Kingdom of Heaven is like a mustard seed planted in a field. It is the smallest of all seeds, but it becomes the largest of garden plants; it grows into a tree, and birds come and make nests in its branches.”

Luke 10:30-35 NLT Jesus replied with a story: “A Jewish man was traveling from Jerusalem down to Jericho, and he was attacked by bandits. They stripped him of his clothes, beat him up, and left him half dead beside the road. By chance a priest came along. But when he saw the man lying there, he crossed to the other side of the road and passed him by. A Temple assistant walked over and looked at him lying there, but he also passed by on the other side. Then a despised Samaritan came along, and when he saw the man, he felt compassion for him. Going over to him, the Samaritan soothed his wounds with olive oil and wine and bandaged them. Then he put the man on his own donkey and took him to an inn, where he took care of him. The next day he handed the innkeeper two silver coins, telling him, ‘Take care of this man. If his bill runs higher than this, I’ll pay you the next time I’m here.’”

APPLICATION OF THE PARABLE

Who will you love this week?