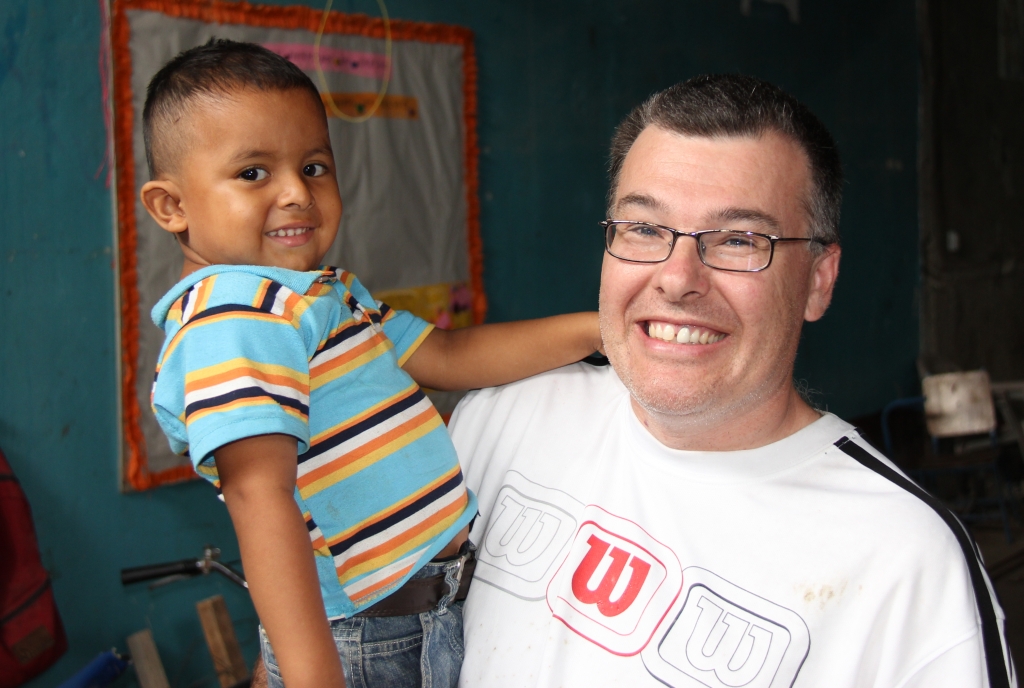 Today, Friday, was a very busy day again. The long days and the physical work are slowing me down. At the beginning of the week, I was up early. Now my body is craving sleep. I guess physical labour from someone who does office work will do that.

Today was spent rearranging the eavestrough style drainage system from the old roof section at the back of the church. All of the water is now being drained out the front of the church. We then started to lay more cement block on the west side of the church. I was able to lay part of the wall myself, with plenty of supervision, which was very rewarding. It is nice to see the building starting to take shape. All of our work up to this point has been either tearing down or preparing things for future work. Today, we started to see a difference with the walls going up.

The local crew that the church has hired are meshing very well with our team. There is a lot of joking around with each other and even though there is a language barrier, we have been able to overcome that with hand signals and what Spanish that we have learned so far. There are 3 main workers at the site. Carlos is the crew leader and is in his late 60’s. Freddy is 38 and Leandro is 26.

Freddy is married and has 4 kids with one on the way. They currently do not have a home. With this current job, Freddy is living at the church. His wife and kids are living with her brother. From talking with his daughter, we found out today that they do not eat breakfast, they get some snacks and lunch at the church (if there are leftovers), and supper is scarce if it happens. Today our group took the task of helping this family to get their tummies filled. Part of our group went to the local grocery store and bought enough supplies for this family for at least the coming weekend. When our group came back, God gave us the perfect opportunity to present this gift. Freddy, his wife and one son were sitting outside with no one else around. We were able to give them the groceries without making a big deal in front of others. Freddy’s wife was very happy to receive this. Afterwards I talked to Freddy privately and he was also very appreciative for this gift. We gave each other a big hug, and called each other hermanos (brothers). Thanks to the generosity of Westheights to be able to bring a much needed gift to our Christian brothers and sisters.

At the end of the work day, we bid farewell to the crew and told them we would see them tonight at church or Monday morning. Freddy and Leandro attend this church, but Carlos does not. When Carlos was saying goodbye, he told me that he hopes to see me Monday. He told me that we never know when our time on the earth is up, and if that happens, he will see me in heaven…but he hopes that Monday will happen instead. I told him that I want to see him in both places. On Monday at the church, and someday when it is our time, in heaven.

Tonight was another church service. The highlight of the service was all of the singing that was done jointly between the pastor’s wife and Melanie. They split up quite a few songs in Spanish and English. Each one of them would sing all or part of a verse in their native language and the whole song was meshed together. It was absolutely amazing to hear these ladies sing this together. It really bridged the gap between us. It gave both of our perspectives and showed how easy it is for us to work together. In Christ, we are no different at all. A video was taken of this and I am sure it will be on the blog (once it finishes being transmitted over a slow internet feed — note: it hasn’t arrived yet). Enjoy, we did!

After service, we spent probably a half hour talking with people. The people here are so friendly and warm. It is easy to fall in love with the country and people here.

Tomorrow we head to Leon for the weekend. We will get to spend time where we served last year. It will be nice to catch up and show we are still thinking of them. I know that the people that were on the trip last year, will enjoy getting reacquainted again. Please pray for our safety as we travel this weekend.

Here are some pictures from the day (click any photo for a larger version): 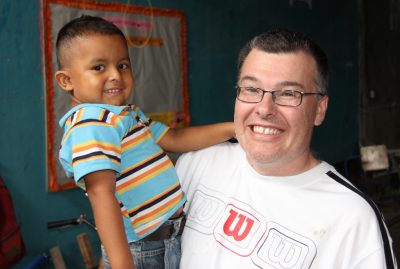 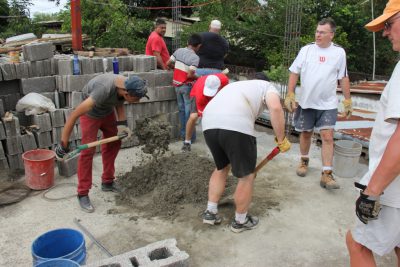 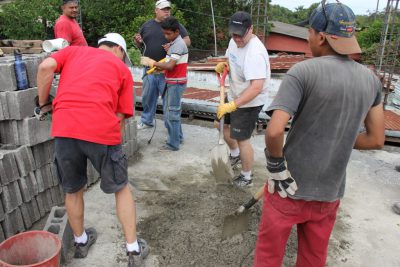 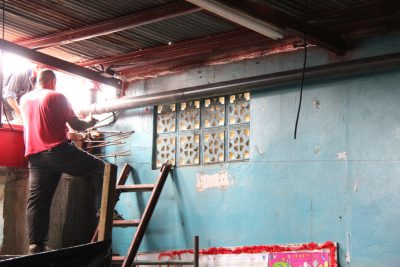 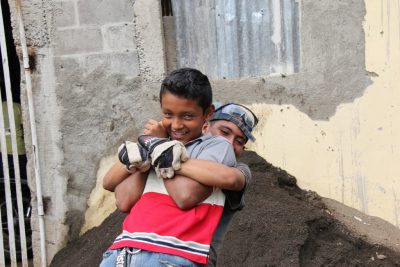 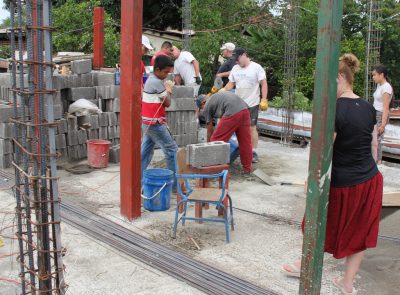 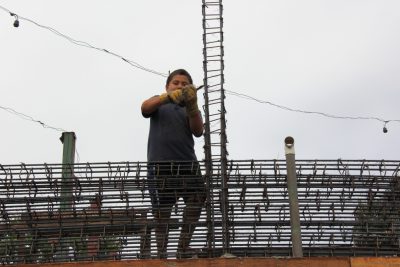 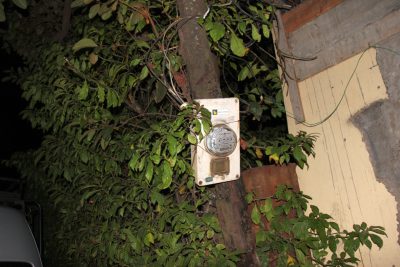 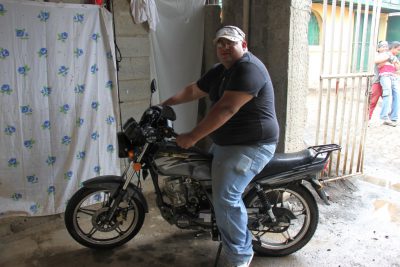 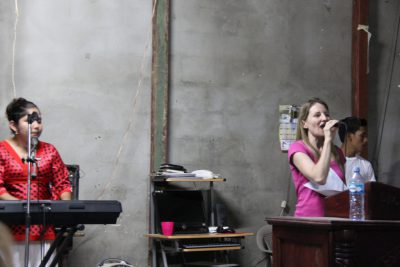 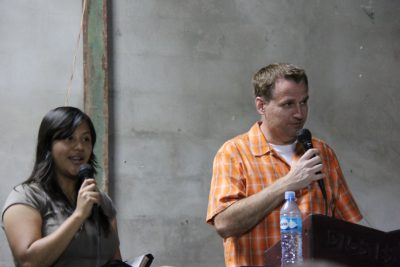 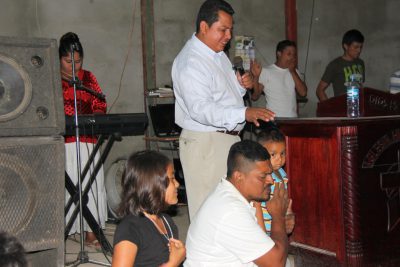 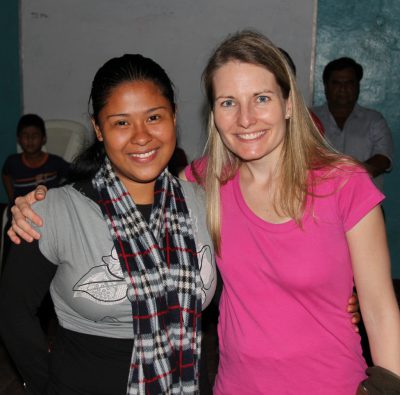