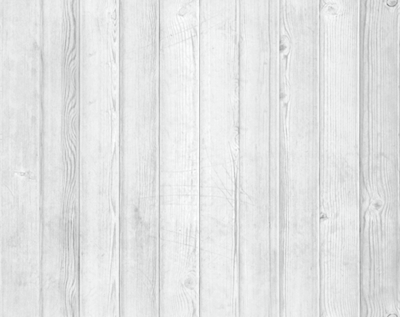 On June 3rd the Church Board hosted a special congregational council meeting. The meeting was called to discuss options for facilities development at Westheights as we continue to deal with the space constraints in our church. As the meeting lasted over one and half hours, the following is only a brief summary.

Over the past two years our church has been growing steadily. As leaders we realized that God was presenting an opportunity that we needed to respond to. At our Council Meeting in February of 2011 the Church Board asked the congregation for funding to explore options for expanding the facility.  As a result a sub-committee of Board members began to investigate the possibilities of adding on to our physical plant.

During the past eighteen months the Board has also been working on another track with regards to the options for our church. On this second track we have been brainstorming and investigating all other options that would not require adding to our building. The Church Board held some special meetings dedicated to brainstorming other solutions for the needs of our growing church. During these brainstorming sessions many interesting ideas were discussed. Ideas from attempting to offer two services (again), to planting a new church, to having a satellite service in another part of the city, to asking our House Churches, on a rotational basis, to meet on a Sunday morning to lessen the number of people at our Sunday service. Many ideas were discussed and evaluated. From a long list of ideas a few were deemed to have the most potential for our church at this time. Those ideas included planting a church, offering a satellite location, and a two service format for Sunday morning.

One of the ideas that we have seriously considered is the idea of planting a new church. Planting a new church involves sending a group of people (ideally 30-50 people) to a new location within the city, and with the help of a church planting pastor, to start a brand new congregation. As you can imagine, planting a new church is very difficult and often these new churches do not thrive or even survive. It is not easy to convince people to leave a church that they like and start a new one that may not have fully developed programming. As well there is also the reality of the low success rate of successful church planting in our denomination. Also, it takes a lot of money to start a new church due to the cost of the equipment required for programming and the salaries for staffing. Therefore, the leaders felt that this idea would only be considered if certain criteria were in place. For one, we would need to do this in partnership with the Brethren in Christ church. Also, we would need to be able to recruit a church planter who we believed would be successful. Despite effort in this area from Pastor Todd, at least at this point in time, those criteria have not come together. Unless these requirements are met, we do not currently feel this is the direction we should go as a congregation.

Another idea that is becoming popular today with growing churches is the idea of a satellite service. This is a duplicate of the Sunday morning church service in a different location of the city. The Board felt this idea only made sense for specific strategic reasons. For example, if we wanted to strategically reach a new part of town where a group of Westheights attendees already lived, a satellite service would be one good approach. If a group of people from our church lived in Waterloo and we wanted to serve the Waterloo area, we could provide a service in the Waterloo area to better reach the people in that area. However, at this time, we do not sense that kind of strategic need exists although we remain open to it should such a vision or need develop.

From our brainstorming of alterative solutions, the idea the leaders find most compelling is the approach of having a second service. We offered a two service format for four years at Westheights from 2005-2009 and found that the overall experience was detrimental to the life of our church. We discovered that the early service often felt like a lesser experience due to the lower numbers in attendance. Because of the inability to make the two service format successful the first time, we want to ensure that we have as many people as possible attending Westheights before we attempt this again.

Around the same time that the brainstorming sessions were taking place, the sub-committee of Board members (Dave Wigg, Todd Lester, Paul Slater) were holding additional meetings to investigate the options of expanding our facility. The subcommittee interviewed three architectural firms and decided on using Brian Shantz of Architecture Incorporated for this investigative process. Over the past year and a half the sub-committee met with Brian a number of times to learn what options existed for a building expansion. During this time, geo-technical testing was done on the property due to some geo-technical issues that were discovered at the time of the original construction of Westheights. The results were helpful because it indicated that building on our property on either the east side or south side was a possibility. The results of working with the architects was very helpful as some creative options emerged that were exciting. We could make some significant additions to our property and even increase our parking. We discussed these options to the point where we could obtain legitimate cost estimates because we needed to fully understand the financial implications. As we discovered the financial cost of adding a new building structure to existing building structure, it caused us to pause as leaders. The numbers that are involved in this kind of addition are between 1.5 and 3 million dollars. Upon further contemplation of the financial implications it was determined to be a non-desirable option for our church at this current time. We felt that the Westheights Church family would need to be larger in size if we were going to plan for an addition to our building, due to the enormous cost.

During our brainstorming, one idea for building renovation emerged that seemed sensible and affordable and would actually increase the possibility of success in a two-service format. This idea involves some tweaking to our facility. The idea that we presented to the congregation on June 3rd for discussion and feedback involves an adjustment to interior plans in our facility that increases our sanctuary seating by 10-15%. The seating is gained by relocating the sound booth which currently takes up 25 seats in our sanctuary to the back wall of the sanctuary. The result is that the new sound booth would protrude into the foyer. The lost space in the foyer due to the new sound booth would be regained by removing the library. The library would then be moved into a new café/library in the current nursery. The nursery would be relocated to the basement of the church. In addition to relocating the nursery to the basement, two new classrooms would be built in the current Finders Keepers central area. It seems to us that these changes are positive for all ministry areas. Even though the nursery is relocated downstairs, we would end up with better and more versatile classroom spaces (we would not have more classrooms but we would have larger and more variety in the classroom spaces). The one area that has the most impact is the loss of the large fellowship hall downstairs as there would be two new classes built in that room. As a result all future large group fellowship events would need to be held in the upstairs auditorium. We would try and do things that make this as user friendly as possible so that we do not overload the people responsible for setting up large group events in the main floor auditorium.

The response at the Council meeting was very positive to the idea. Some good questions were asked and much more work needs to be done to develop this idea for a full congregational vote. Another Council meeting will be coming in the Fall when we propose further details about this facilities renovation including more fully defined budgets. Stay tuned for announcements about this meeting.

Feel free to talk to any Board member with regards to what we have presented in this blog post.