The next big TV event 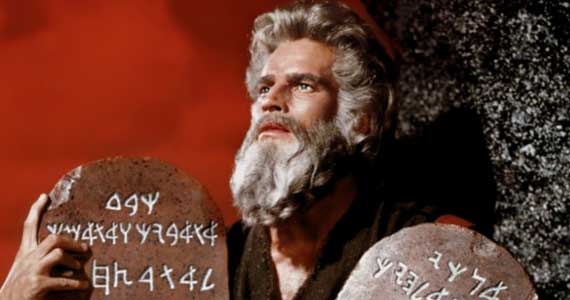 Yesterday I attended a pre-advance screening of the next big TV event of 2013.  Before you jump to any conclusions about how I spend my time, consider that this movie is called “The Bible.”

It is due to come out to the public in the spring of 2013.  It will be on the History Channel for five consecutive Sunday nights leading up to Easter.  It is the story of the Bible from beginning to end as a ten hour mini-series.  I am very excited about this movie.

Obviously when you compress the Bible down to a ten hour mini-series, the writers and producers have to be selective about the content they put into the film.  From my perspective, they have done as good as you could expect in this regard.  Most importantly they have sought to communicate the message of the Bible accurately.  The quality of the production and acting is top notch.   It is a major update in comparison to one of my favourite films, Charlton Heston and the Ten Commandments.  But then again, movie making has come a long way since 1956.

Producers Mark Burnett (producer of #1 TV shows like The Voice, Survivor, The Apprentice) and Roma Downey (star of Touched By An Angel) joined our screening presentation by Skype and shared their vision for the project.  It was encouraging to hear from them and the commitment involved in making the film over the past three years.

I anticipate that this movie event will be an encouragement to the Christian community to open their Bibles and read the story of God’s unfolding love to humanity.  It will also be an opportunity to invite those who have no knowledge of the Bible to come and see its message presented in a very approachable manner.

I will keep you posted as I hear more information about the release of the mini-series.