Fans Of Randy Stonehill Not Disappointed 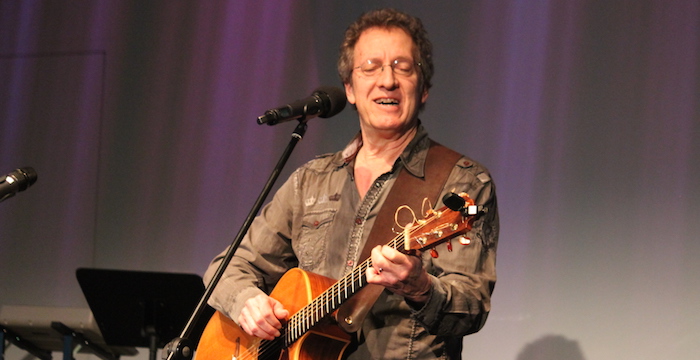 Fans of a “certain generation” drove in from as far as Tillsonburg, St. Catharines, London, and Sarnia to see Randy Stonehill live in concert at Westheights Church this past Sunday night.

Opening for him was Jay Calder, local guitarist extraordinaire. Jay came with his own fan club, classmates from his EBC days, so there was a class reunion of sorts. And, he reminded us, it was a privilege for him to open for one of his favourite performers, Randy Stonehill, particularly as Jay was celebrating a birthday the next day so what a great birthday gift! As he did during the morning service, Jay mesmerized the room with his finger-style playing. With his fingers, nails, thumbs and palms, he produced unique music and percussion on his acoustic guitar.

From the moment Randy Stonehill entered the church, he was intent on creating as intimate and warm an atmosphere as possible, from the lighting to the sound balance to the visual backgrounds. Randy wanted his audience to feel at home, as if he was singing in their living room.

In concert, Stonehill was humble, self-effacing and just downright silly at times. His set list included King of Hearts, Until Your Love Breaks Through (co-written with Keith Green), Shut De Doh, I Love You, Great Big Stupid World, and ten other fan favourites. For those of us who thought Stonehill would have slowed down since he last appeared at Westheights five years ago, he proved us wrong with his energy, enthusiasm, humour and high kicks. Even if you don’t know his music well, you were engaged by his personality, his heart for the Lord and his compassion. One young millennial heard him for the first time that night and described him as a Christian version of Barenaked Ladies.

In addition, our own Dave Maranta had the privilege of accompanying Randy on his harmonica. And Randy squeezed a new song onto his play list; he sang happy birthday to Jay Calder. We were also privileged to hear Randy’s wife, Leslie, sing beautiful harmony on a few of his songs.

Randy wound down the evening with a time of prayer for his cousin Jimmy as well as anyone else in the audience who wanted prayer for health issues, before closing the night with the song “I Love You,” co-written with Larry Norman.

After the concert, Randy immediately zipped out to the foyer to spend one-on-one time with as many people as possible. Leslie and their 22-year old half-dachshund, half silky-haired terrier, Nigel, kept him company and entertained people in the long line-up, awaiting their turn to meet Randy. Personally, I felt that getting to know Leslie was a highlight of my evening as she was so thoughtful, honest, and encouraging. She told me that a little while ago she tripped upon a Westheights pen that she had picked up from their visit five years ago, and said that that was a sign they were meant to return.

We were Stonehill’s last stop before they headed back home for a two-week rest and then the tour continues in Texas. We were so privileged to have Randy and Leslie Stonehill at Westheights and pray that the tour continues to bless people with encouragement and very fond memories!

Thanks to Terry Kreutzkamp for all his work in organizing this concert! 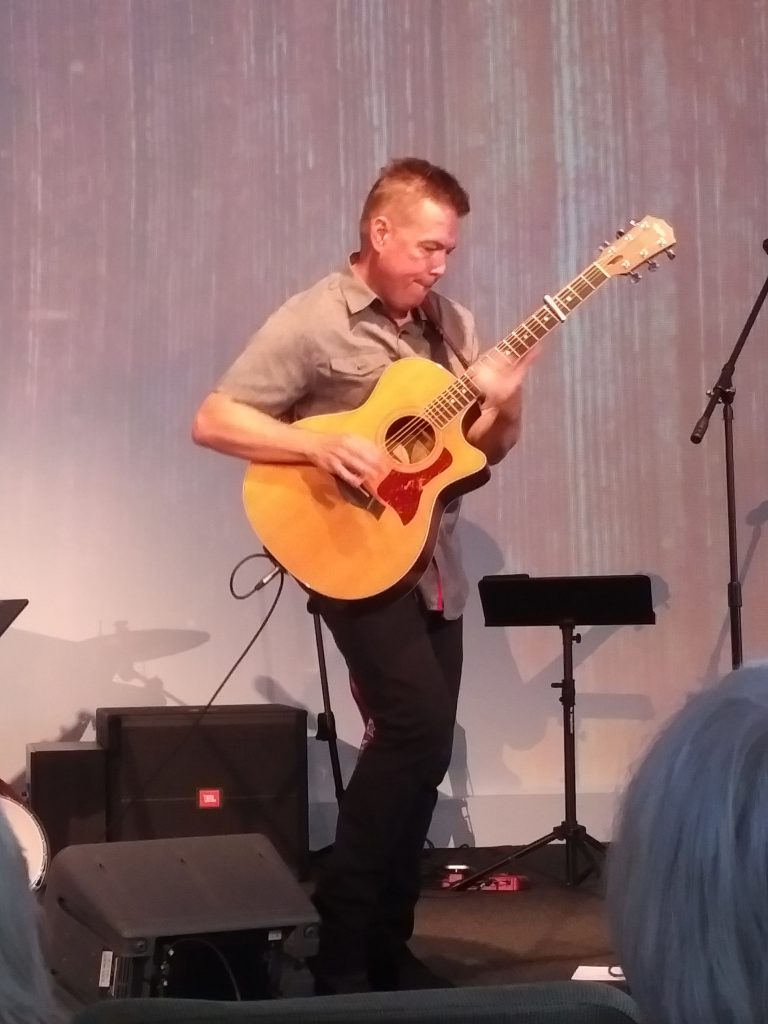 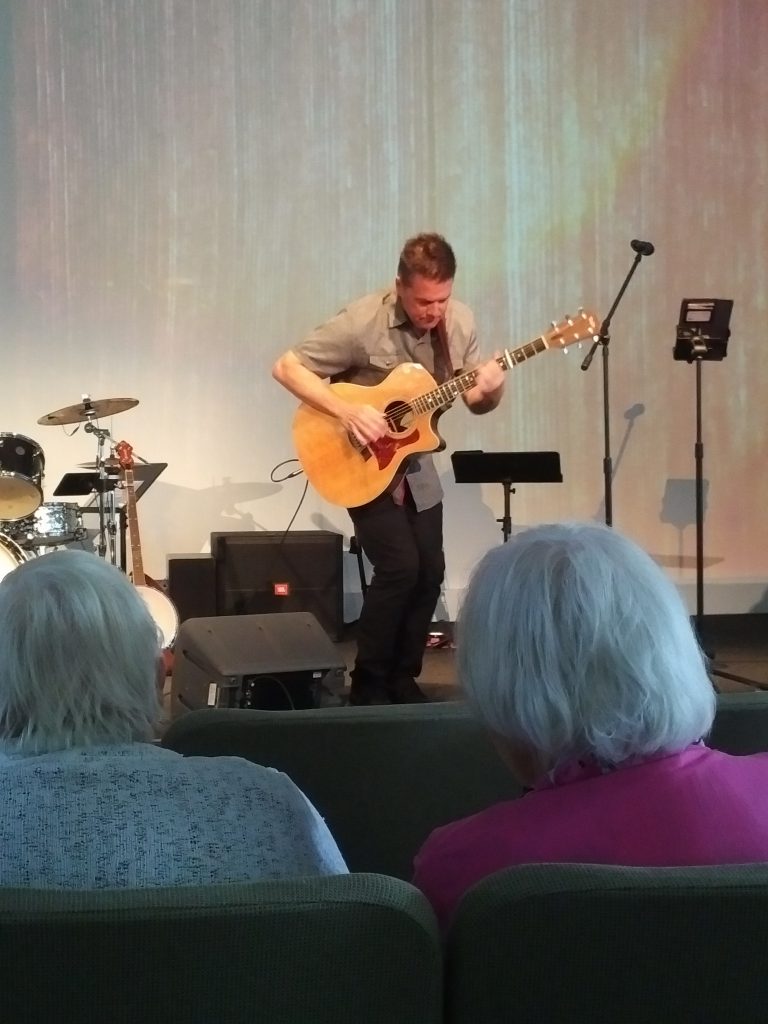 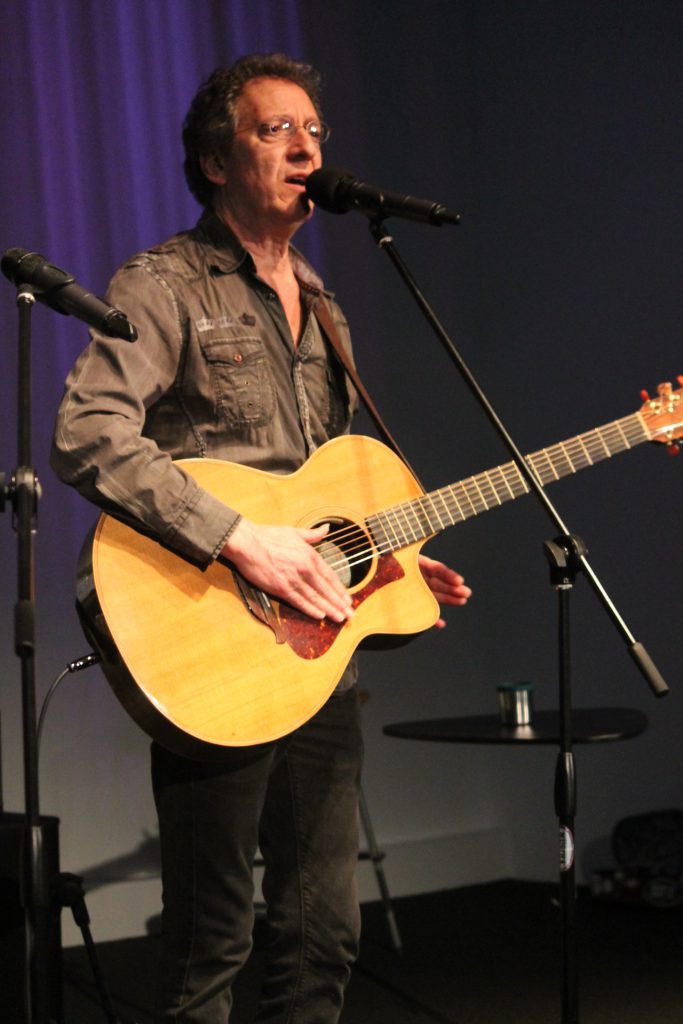 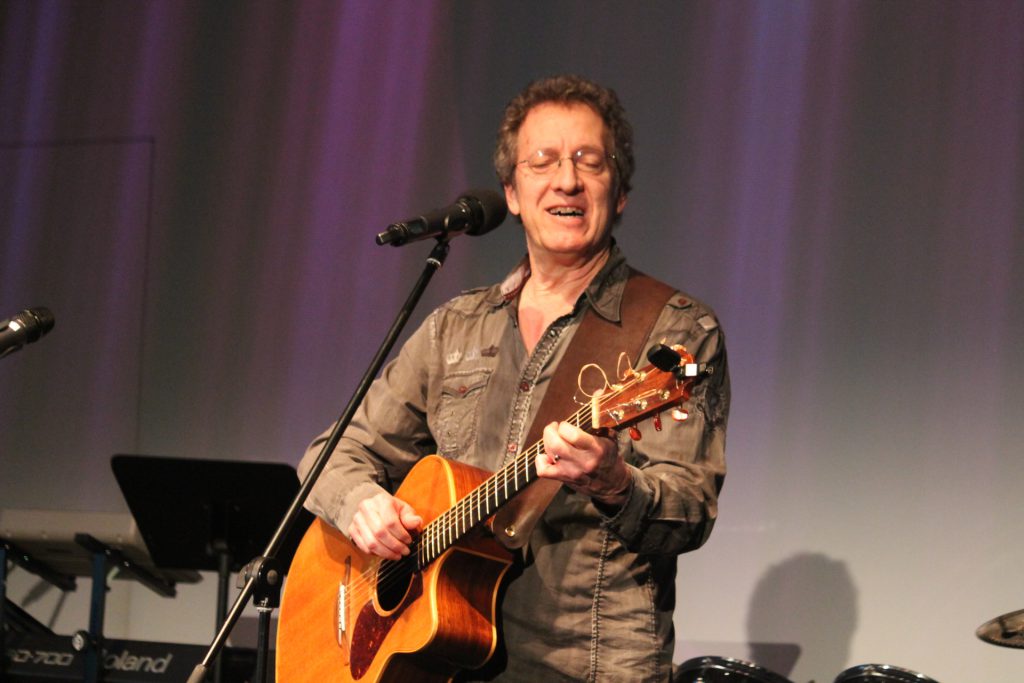 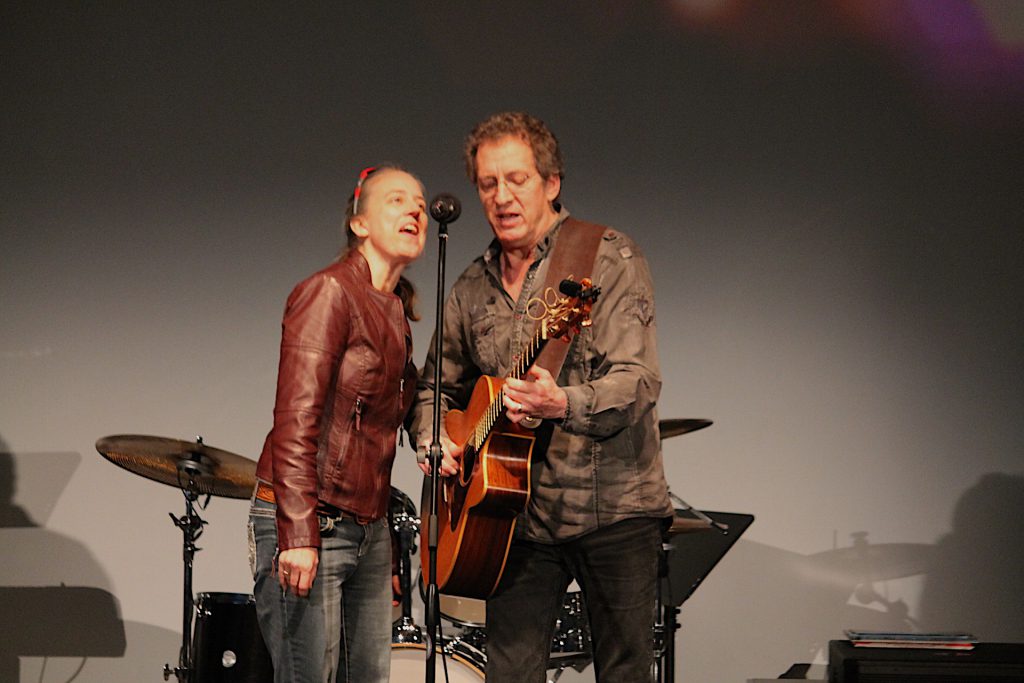 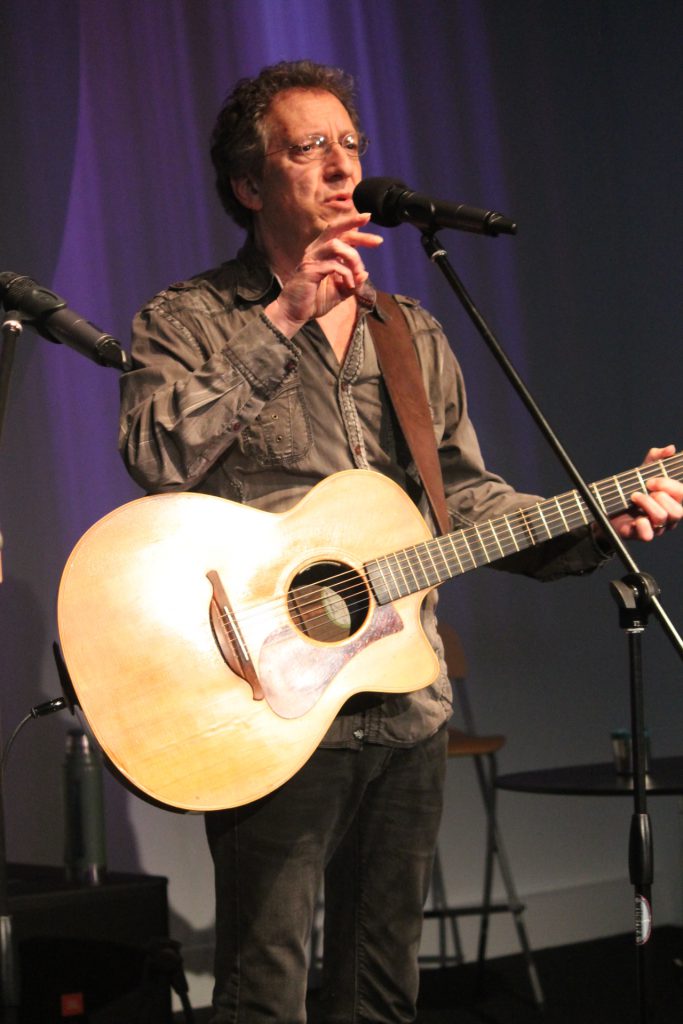 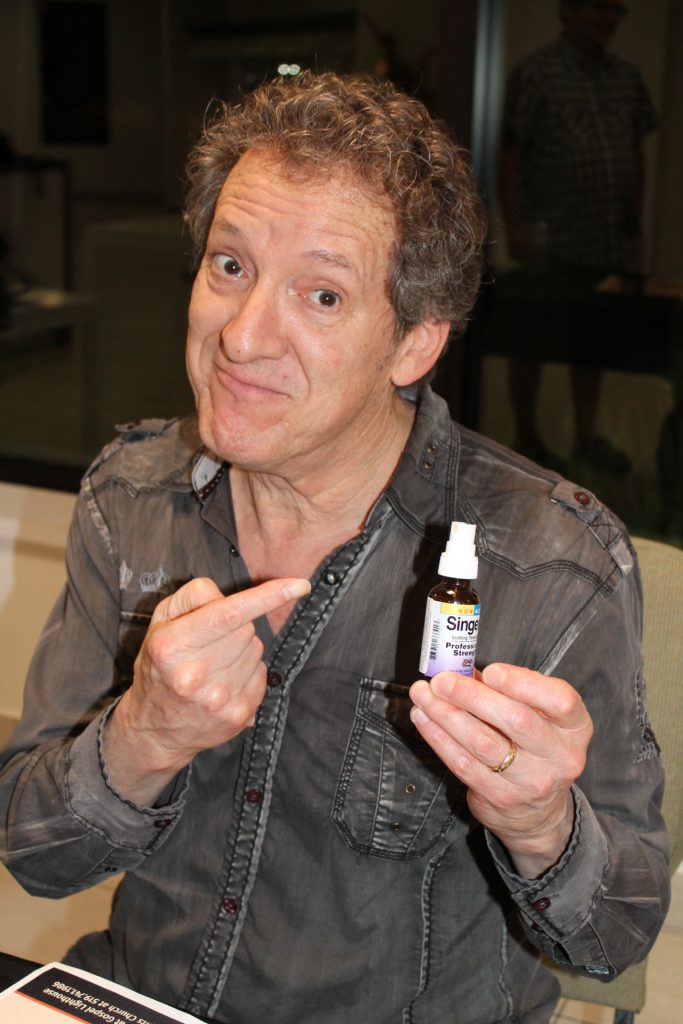 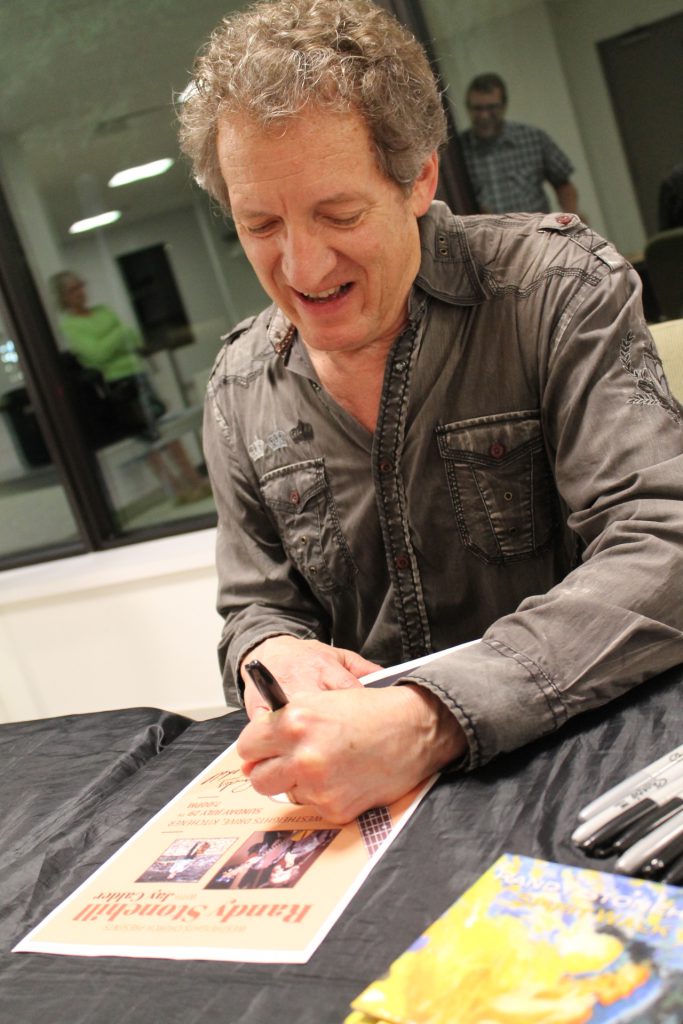 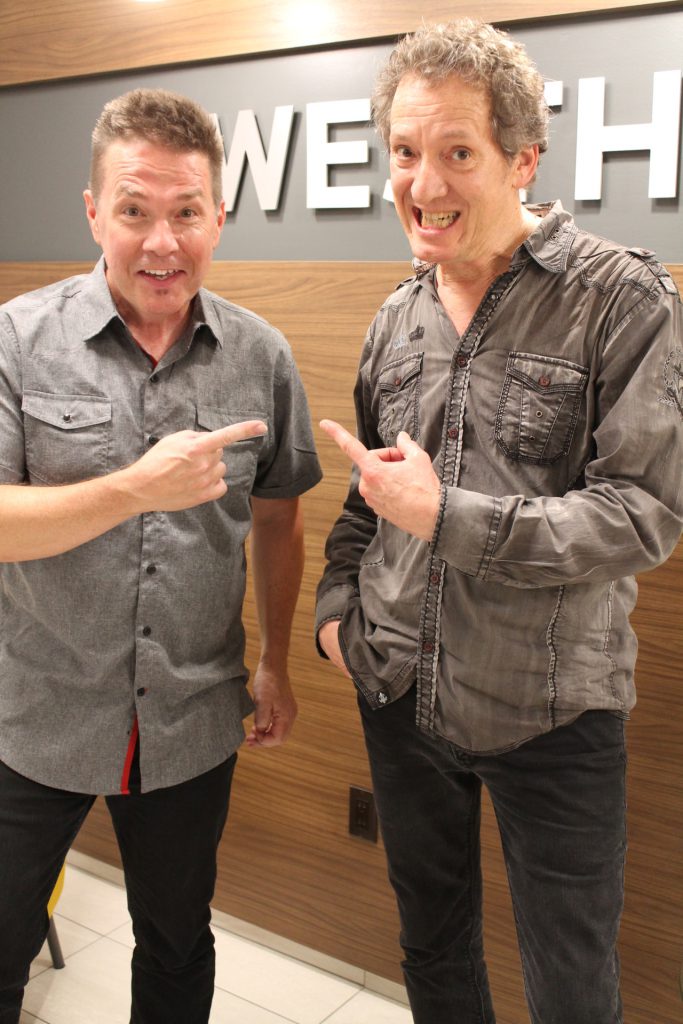 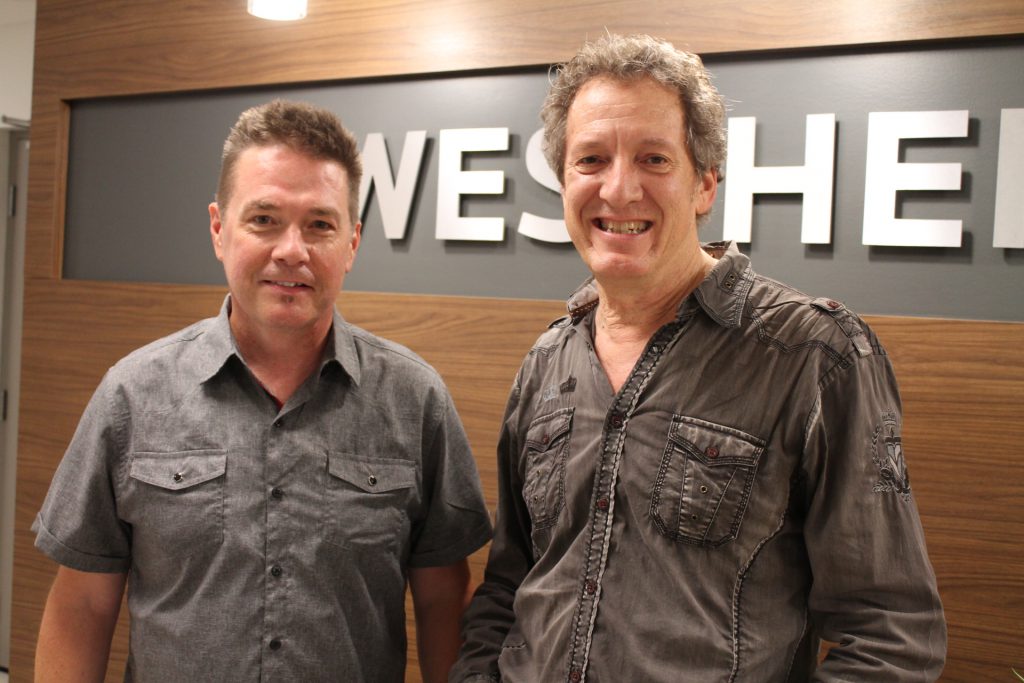 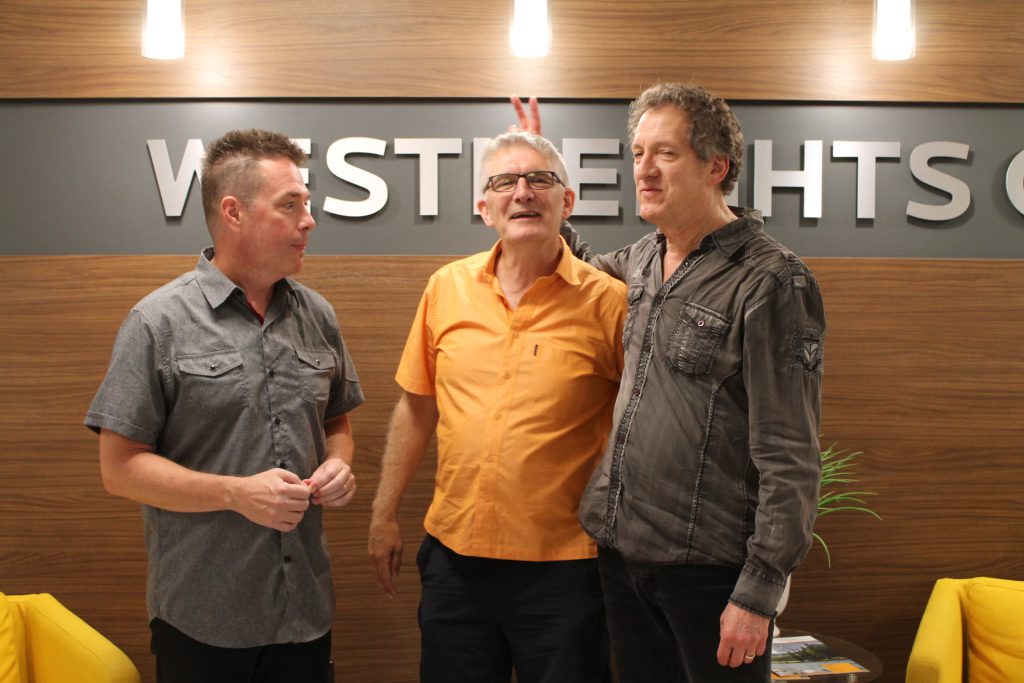 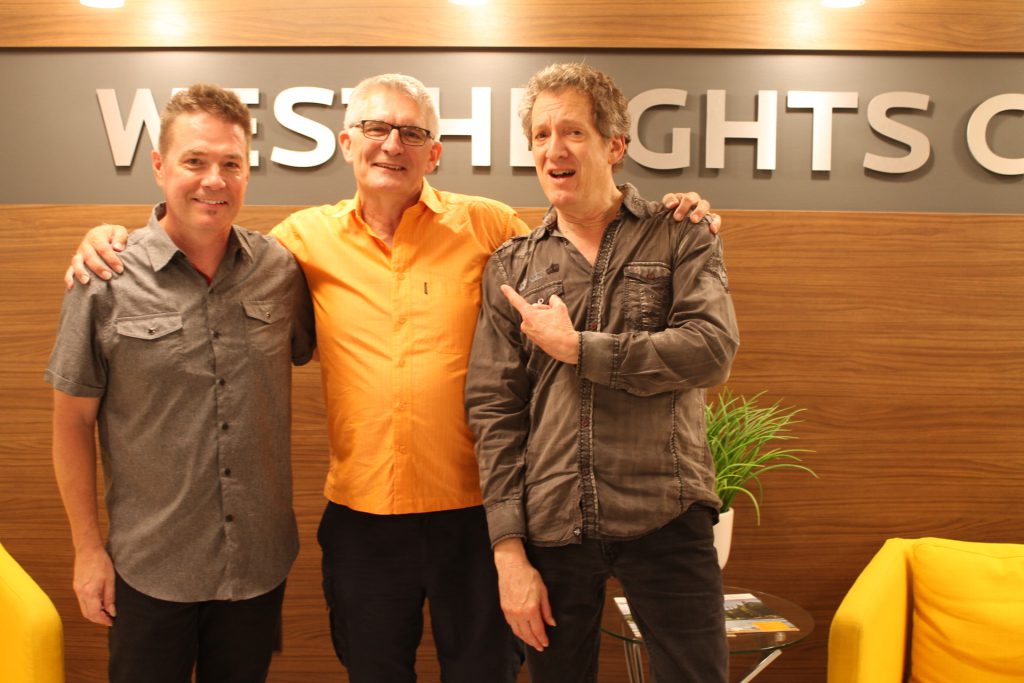