Welcome to the Kingdom 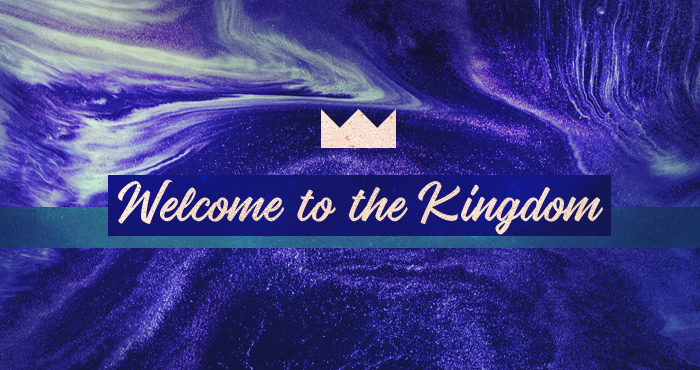 The Kingdom of Heaven is something that Jesus talks a lot about and is something he invites us to join him in. This message was about growing our understanding of what the Kingdom is about recapturing the vision of the Kingdom that God wants for us.

WELCOME TO THE KINGDOM

Matthew 4:17 NIV Jesus began to preach, “Repent, for the kingdom of heaven has come near.”

Matthew 4:15-17 NLT God said through the prophet Isaiah, “In the land of Zebulun and of Naphtali, beside the sea, beyond the Jordan River, in Galilee where so many Gentiles live, the people who sat in darkness have seen a great light. And for those who lived in the land where death casts its shadow, a light has shined.” From then on Jesus began to preach, “Repent of your sins and turn to God, for the Kingdom of Heaven is near.”

Where are we in relationship to the Kingdom of God?

PRAYER FOR SOLIDARITY AND JUSTICE, BY ALAN PATON

O Lord,
open my eyes that I may see the needs of others;
open my ears that I may hear their cries;
open my heart so that they need not be without succor;

Show me where love and hope and faith are needed,
and use me to bring them to those places.

And so open my eyes and my ears
that I may this coming day be able to do some work of
peace for thee.
Amen.