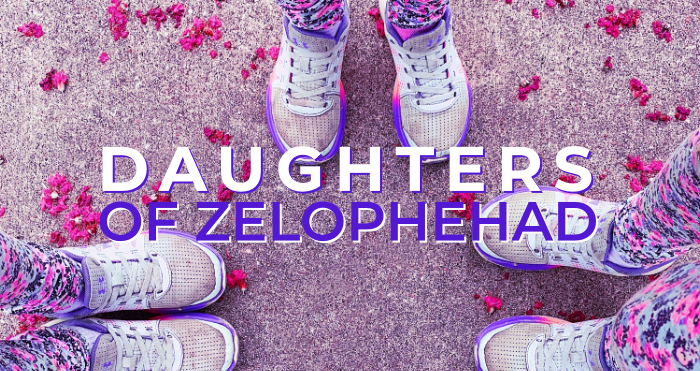 There is a deeply held assumption about prayer that holds us back from engaging in a real, honest relationship with God. This assumption is that we need to be timid, shy, or skittish when we pray. How can we experience God when we put up a wall of fear or a barricade of posturing when we pray? What does it mean to be bold in prayer? Listen in as special guest speaker Laura Klaver addresses these questions by looking at a Scripture passage from Numbers that is often skipped over or ignored.

“Prayer is the most powerful form of energy one can generate.” – Alexis Carrel

The daughters of Zelophehad son of Hepher, the son of Gilead, the son of Makir, the son of Manasseh, belonged to the clans of Manasseh son of Joseph. The names of the daughters were Mahlah, Noah, Hoglah, Milkah and Tirzah. They came forward and stood before Moses, Eleazar the priest, the leaders and the whole assembly at the entrance to the tent of meeting and said, “Our father died in the wilderness. He was not among Korah’s followers, who banded together against the Lord, but he died for his own sin and left no sons. Why should our father’s name disappear from his clan because he had no son? Give us property among our father’s relatives.”

So Moses brought their case before the Lord, and the Lord said to him, “What Zelophehad’s daughters are saying is right. You must certainly give them property as an inheritance among their father’s relatives and give their father’s inheritance to them.

We should be bold in prayer.

God calls us to step out of our comfort zone.

We need to be direct and honest with God.

God listens to us when we pray!

For a fun song to teach your children this story, check out: The Daughters of Zelophehad by Bryan Moyer Suderman