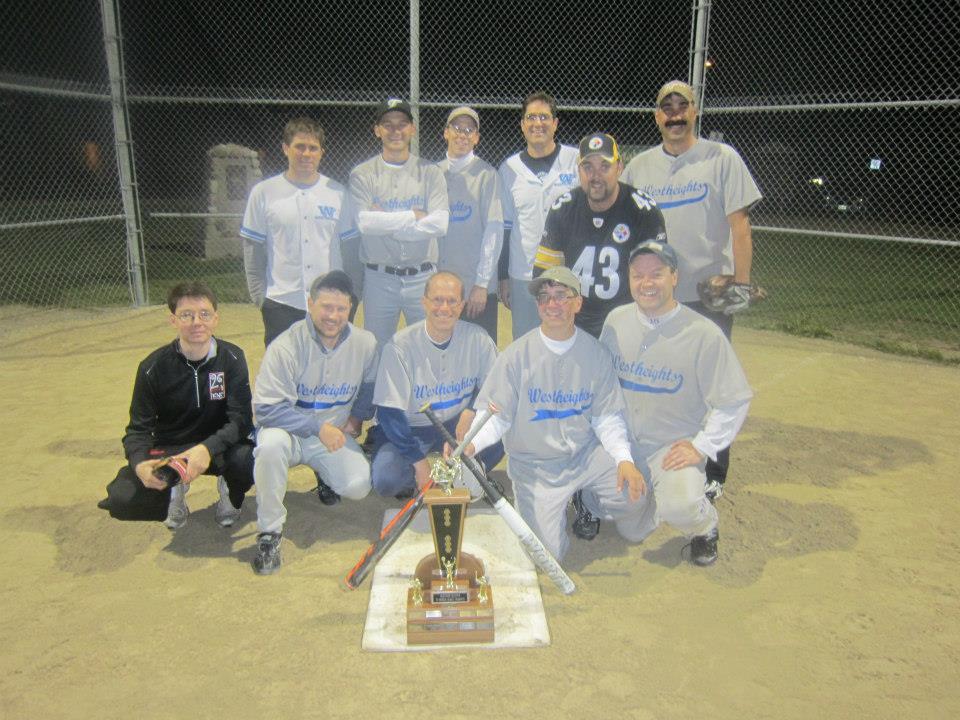 Congrats to our men’s slo-pitch team, winners of the B Division, KW Mennonite Slo-Pitch League. They played their championship game on Wednesday, Sept 19.

Opposing team, Waterloo North, kept the game close through the first half of the game, but Westheights started to string their hits together later in the game, taking full advantage of the open innings to ensure their victory. Final score was 37-15.