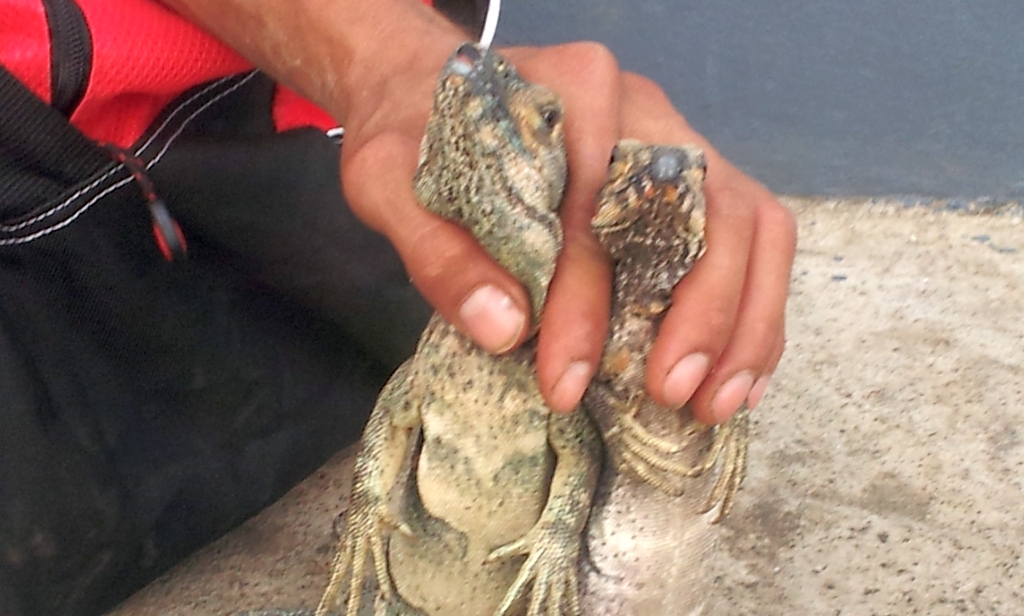 On Tuesday as we started our day we made a stop to visit a church building that is the same style as what the BIC Nicaraguan church hopes to build at San Antonio Sur (the location of our worksite). It was very motivational to see an actual physical vision for the type of building that is planned for San Antonio Sur. I don’t know if the pictures do it justice but I found the building design to be beautiful, inspirational and practical. It is an open air building with a tin roof and tile floor. It is the kind of building that would be limited in use in Canada but very functional in Nicaragua due to the warm year round climate. I don’t know if it motivated the others but I found it helpful to understand the ultimate goal as we continue to move the dirt and level the land.

After visiting the building, we arrived at the worksite to a new surprise from our local co-worker named Kerbin. He was holding an iguana that he had caught in our digging site. (Just for the totals, we have now found two snakes, two tarantulas, one poisonous spider and two iguanas). Kerbin had caught the iguana which had lost its tail in an attempt to get away. Later that day Kerbin caught another iguana which he is going to cook and probably share with us tomorrow.

The job at the worksite is going extremely well. The men from Westheights are hard workers and it appears that we will get the job done ahead of schedule. I have been very impressed as the men work in the very hot temperatures all through the day. We now have the job near completion.

In the afternoon I went with the four women and Trevor Main to help with the kids ministry. Since they have around 40 kids they needed some additional help. Trevor has been an amazing tour translator/guide/ driver/pastor for our team. He was also great with the kids as he spoke to them in their language (to the surprise of some of them). The location for Las Pilas kids program is a very remote church plant. We picked up the pastor of the church plant before driving out to the location. Normally the pastor rides his bicycle out to the location with his family on his bicycle. It takes him an hour and a half to bike to the church location and he travels there four times a week. The dedication of the pastors and the leaders of the churches is very inspiring to all of us.

When the kids program was finished, we picked up the men at the worksite and grabbed dinner at Subway and ate in the van on the way back to the hotel. On the nights we attend a church service our schedule is very tight so we have resorted to eating at Subway to keep our energy up. Our plan was to attend church at Ticauntepe BIC for 6:30 pm. This is the church that Elsie and Enielka (our two female translators and kids program workers) attend. We were able to meet many of Enielka’s brothers and her father after the service. The music was loud and energetic and the pastor preached and then concluded the service with a prayer and healing circle.

When we got back to the hotel everyone looked quite tired and ready for bed. Some people sat in the commons area and checked their email but there were no card games tonight.

Thanks for your prayers. Keep praying for us as a couple of people have bug bites and mild stomach upsets. Hopefully, everyone will stay healthy and strong for the last few days. 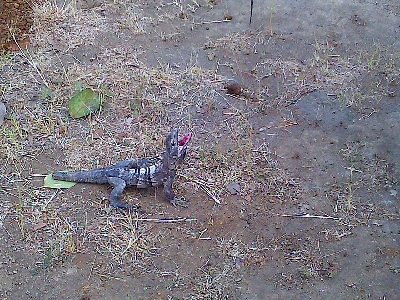 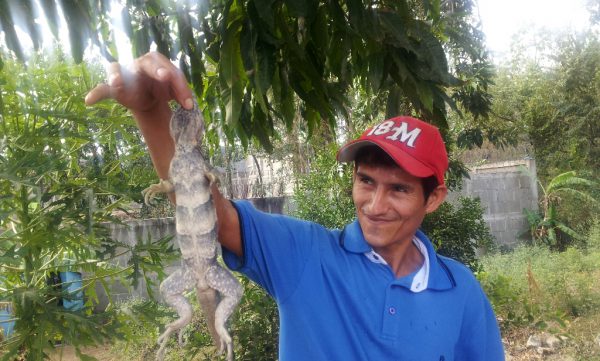 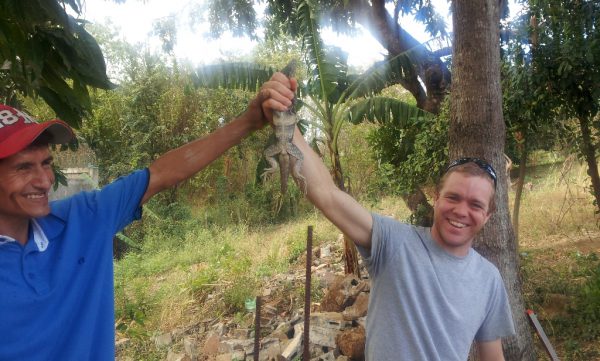 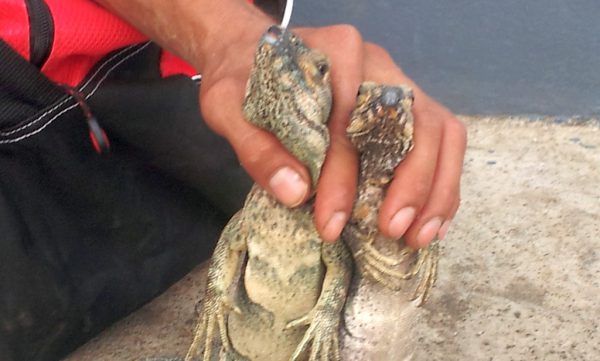 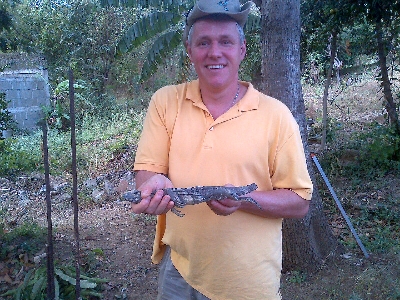 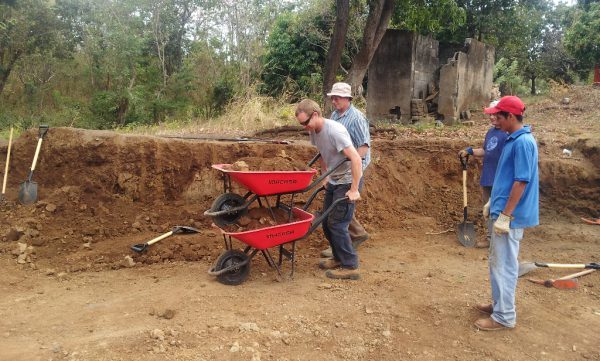