Do God and Science Mix? 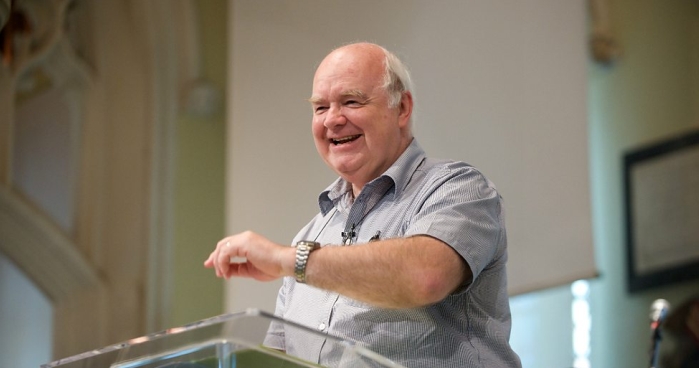 This year’s Pascal Lectures will be given by John Lennox whose three topics will include “The Hard Question: God and the Problem of Evil,” “Do God and Miracles Mix,” and “Cosmic Chemistry: Do God and Science Mix.” All lectures will be held at the University of Waterloo.

Free Parking in O Lot. Turn in towards the Optometry building off of Columbia St. and the lot is on the right. See signs for “O”

Professor John Lennox is an Irish mathematician, philosopher of science, and Christian apologist who is Professor of Mathematics at the University of Oxford. He holds a Ph.D. from Cambridge, a DSc from the University of Wales in Cardiff, and a D.Phil. from Oxford. John speaks English, Russian French, German, and Spanish. In addition to over seventy published mathematical papers he is the co-author of two research level texts in algebra in the Oxford Mathematical Monographs series, and has worked as a translator of Russian Mathematics.

John is also Fellow in Mathematics and the Philosophy of Science, and Pastoral Advisor at Green Templeton College, Oxford, and is an adjunct Lecturer at Wycliffe Hall, Oxford University and at the Oxford Centre for Christian Apologetics (OCCA) and is a Senior Fellow of the Trinity Forum. In addition, he teaches for the Oxford Strategic Leadership Programme at the Executive Education Centre, Said Business School, Oxford University.

He is very interested in the interface between science, philosophy and theology and his books on those topics include God’s Undertaker: Has Science Buried God?, God and Stephen Hawking: Whose Design Is It Anyway?, Seven Days that Divide the World and Gunning for God. His most recent title (out in early 2015) is Against the Flow: The Life and Witness of Daniel.

He has lectured extensively in North America, Eastern and Western Europe and Australia on mathematics, the philosophy of science and the intellectual defence of Christianity. He has also debated a number of prominent atheists including Richard Dawkins, Christopher Hitchens and Peter Singer. His Dawkins debate had millions of TV viewers.

His hobbies include languages, amateur astronomy, bird-watching and some walking. John is married to Sally and they live near Oxford. They have three grown up children and seven grandchildren.